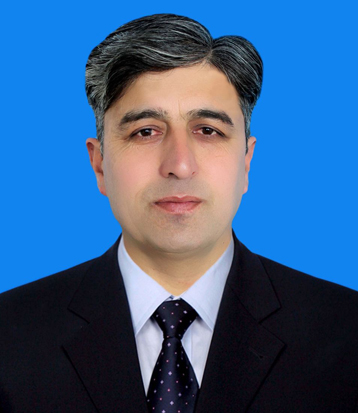 In the scenario of the rapidly changing global village with hyper connectivity of technology and open border trade of WTO, only the institutions having open doors, minds and hearts for all incoming valuable sources of knowledge, collaboration and partnership will survive and flourish.  University of Baltistan is well cognizant of the significance of outreach, linkages and collaborations in all fields of interest with all relevant and authentic stakeholders at local, national and international levels. The ‘Future Plan’ of University of Baltistan aspires to establish meaningful partnerships with national and international stakeholders. Fortunately, the cultural and natural heritage and resources of Baltistan have attractions to organizations and institutions of fame and they are willing to work with the university. The Directorate of Outreach and Linkages has been established at the university that has started exploring opportunities and horizons of development through collaborative efforts in knowledge generation, research and development.

Under the provision of the Charter of University of Baltistan clause 4. Powers and purpose of the University, subsection (viii) and (xvii) the university shall:institute programmes for the exchange of students and teachers between the University and other universities, educational institutions and research organizations, inside as well as outside Pakistan”; and

“cooperate and build linkages with other universities, institutions, public authorities or private organizations, inside as well outside Pakistan, in such manner and for such purposes as it may prescribe”;

In development of linkages with international brains, an informal forum of ‘International Advisory Committee’ UOBS, comprising scholars, researchers and lovers of Baltistan has been formed. Members of this committee are the scholars who have extensive experiences of working in Baltistan, have keen interest in development of Baltistan and have such academic expertise and stature that their advices can make a huge difference. In fact, these are the persons who spent their lives or major research time in, or for Baltistan and they are friends of this part of the world for some reasons.

The Directorate of Outreach and Linkages will also engage the local stakeholders, government departments, partners, intelligentsia, scholars and knowledge producers and communities in a variety of modes and models. The scholars are officially engaged as guest speakers of regular seminars, workshops and conferences at university. Their profiles are posted on the university website, the list will be growing and updated frequently. The civil society body of intellectuals and scholars named ‘Friends of Baltistan’ is officially declared the status of Honorary Advisory Council on the university website. These measures have increased the sense of ownership of the university among the civil society.

The university welcomes participation of stakeholders who can contribute to the broader objectives of the University and under the provisions made in the charter. As per Outreach and Linkages Policy

Another pertinent mode of linkage and partnership is the affiliation of degree (BS) programs in degree colleges that gives an opportunity to the university to improve quality in its feeding units. The university values this partnership and assumes these affiliated colleges as its satellite campuses.