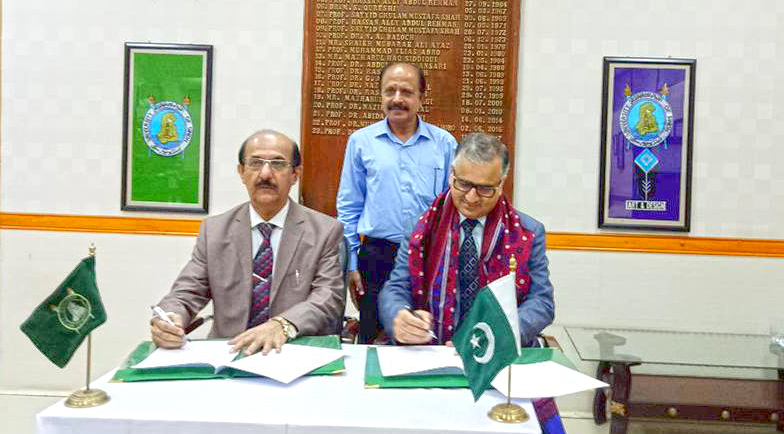 MOUsSigns Between University Of Baltistan, Skardu And University Of Sindh, Jamshoro For Future Mutual Academic And Professional Development.

(Sindh): vice chancellor UOBS Prof. Dr. Muhammad Naeem Khan had a meeting with Vice Chancellor Sindh Jamshoro University Prof. Dr. abc at Unisity of Sindh jamshoro. Discussing the plans of UOBS, the VC briefed on the history and the future prospects and plans of the University that the VC Jamshoro University appreciated the performances demonstrated by UOBS within a short period after its establishment. In this meeting both the vice chancellors signed on MOUs to strengthen ties between the universities. The Vice Chancellor Jamshoro University also briefed on the activities and structure of Sindho Museum that the VC  UOBS also planed to establish Baltistan Museum at Baltistan University.

Traces of Christian predecessor found on the highest mountain of Kavardo village, Skardu