"The Epic, Story of King Kesar":

University of Baltistan will print & publish the English translation of the book, "Kesar: The Son of God" by our Internationally acclaimed Balti intellectual & Goodwill Ambassador UoBS, Syed Muhammad Abbas Kazmi.

"The Epic of King Kesar" (Geser), is an epic cycle, of Tibet (Baltistan) and Central Asia, believed to date from the 12th century.

Kesar, relates the heroic deeds of the culture hero, Kesar, the fearless lord of the legendary kingdom of Tibet (Baltistan).

It is recorded in poetry, prose, & traditional Balti performance, and is sung widely throughout Central Asia and North East of South Asia.

Kesar, epic has attracted intense scholarly curiosity as one of the few oral epic traditions to survive as a performing art.

The epic is composed of a very large body of versions, and is regarded by UNESCO to be the longest epic saga of the world. 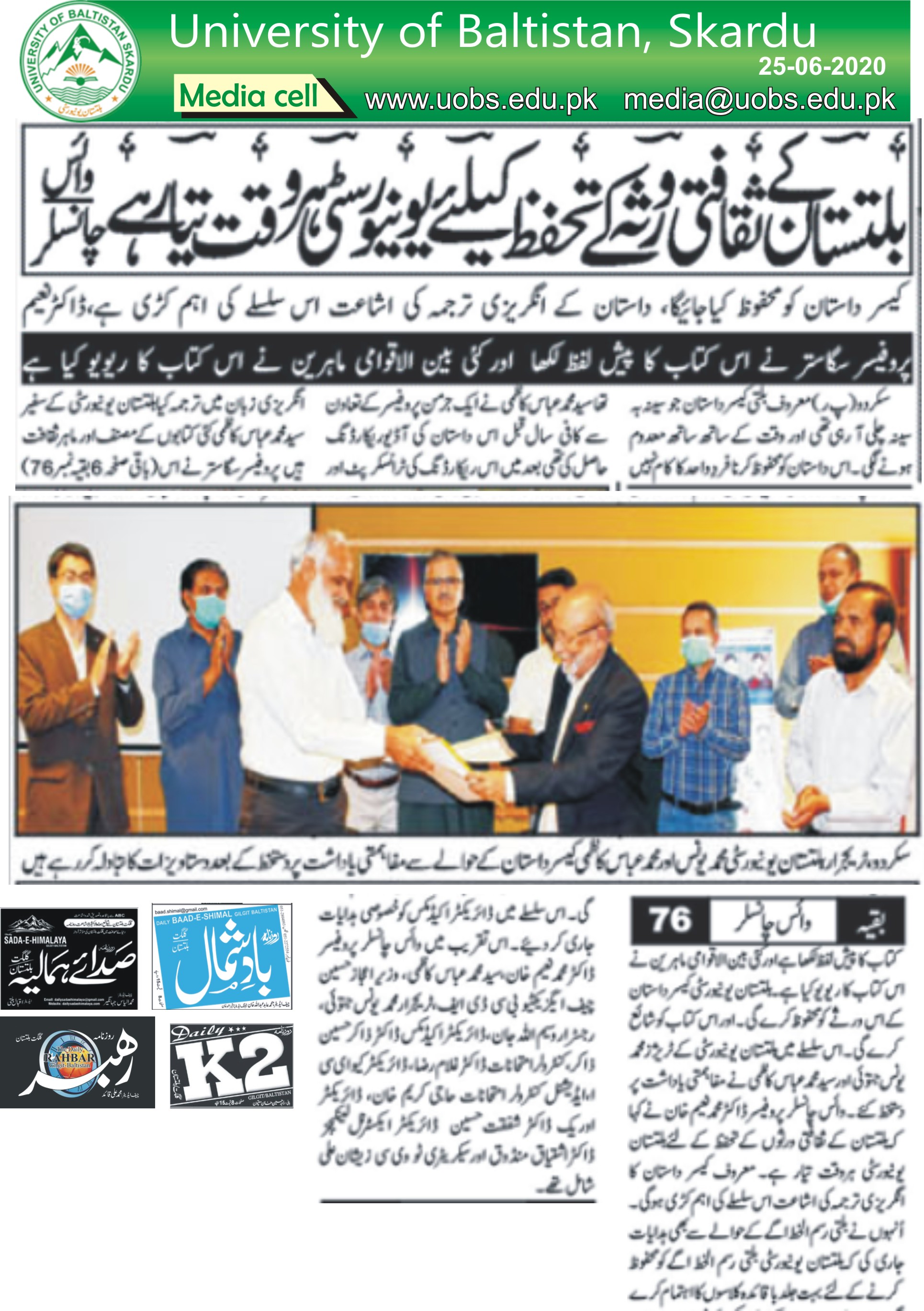 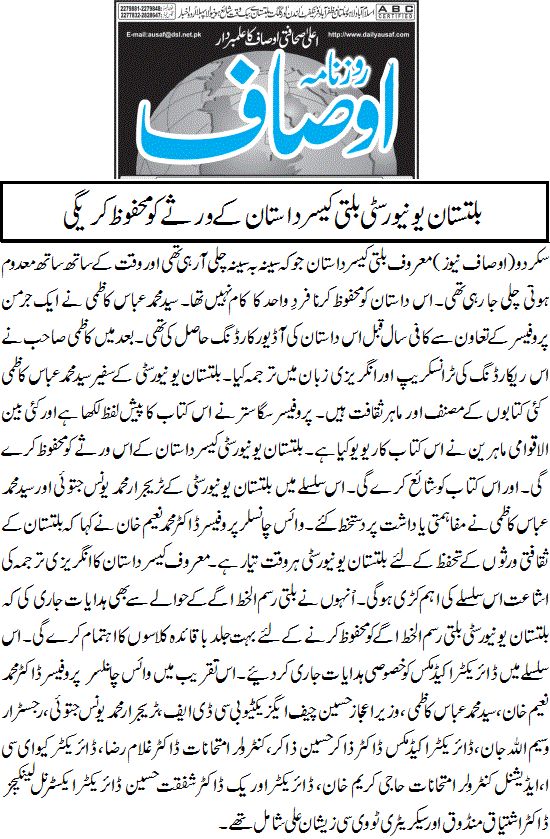